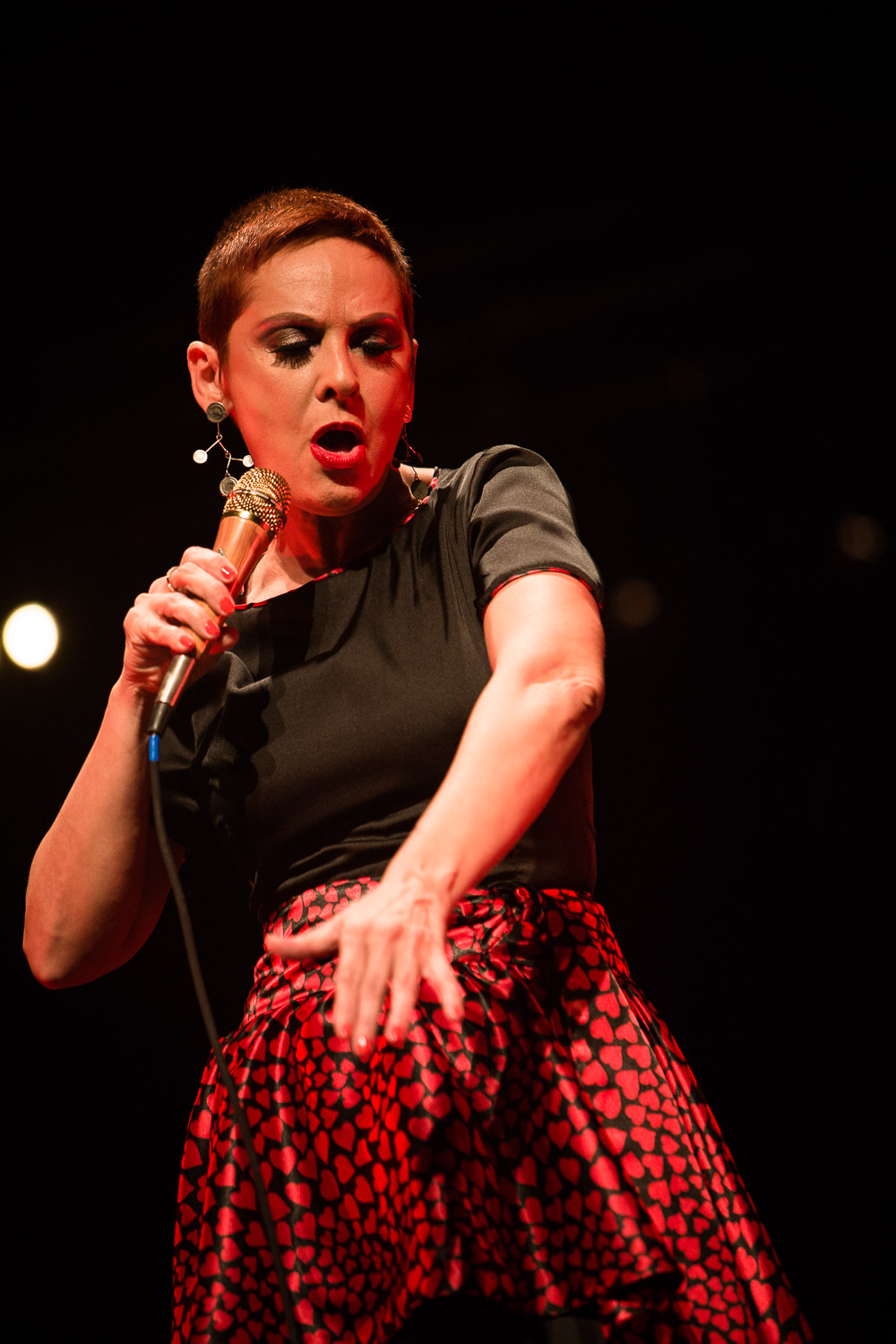 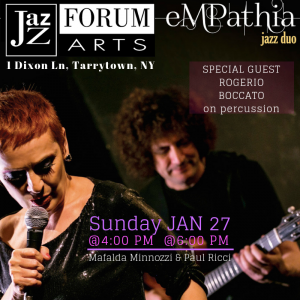 After many years on Italian stages and TV followed by a lasting career in Brazil that includes numerous CD’s and tours in major cities and theaters, singer Mafalda Minnozzi can fully exploit her versatile voiceand draw from her many collaborations with, among others, MiltonNascimento, Guinga, Leny Andrade, Paulo Moura, and Martinho Da Vila. She has earned diva status in Brazil with her storytelling vocal style that incorporates the sounds of Europe and her native Italy with those of Brazil and New York through her many travels and recordings. In 2015 she united with New York guitarist Paul Ricci to form the “eMPathia JazzDuo”. Ricci has performed with Astrud Gilberto, Bobby Sanabria, BebelGilberto, Harry Belafonte, Dom Um Romao, Hugo Fattoruso as well as many noted sidemen in Latin, African, Jazz and Brazilian styles which are all present in the duo`s unique blend that draws from the great Italian, Brazilian, French and American songwriters such as Cole Porter, Jobim, Ivan Lins and Morricone among others.

Noted Italian Jazz author and critic Gerlando Gatto wrote “…. the duo established an extraordinary musical entity befitting the name“ eMPathia”.
In a perfect understanding the two are able to produce a sound that goes far beyond their basic restricted elements ..with your eyes closed you almost get the impression that you are hearing a larger group….not only due to the great intensity and interpretive skills oft he vocalist, but also to the expert …refined harmonic and rhythmic backdrop courtesy of Paul Ricci who is surely an underestimated artist gifted with sensitivity, arranging skills and uncommon technique…Mafalda Minnozzi is superb not only for her extraordinary ability to fully express herself in diverse languages .. but in the ease with which she is able to make each song she presents truly her own.”

Following an extensive concert schedule at theaters and festivals in Italy and Brazil, their 2015 CD “EMPATHIA” was nominated for Italy`s prestigious “Targa Tenco” award. The duo will be presenting their second CD “INSIDE” (2016) and their third CD “COOL ROMANTICS” recorded and produced by noted Grammy winner Jeff Jones in a rare New York appearance. (www.empathiajazz.com)