Heart and soul. Voice and piano together to leaf through pages of the timeless Neapolitan songbook. Mafalda generously invites me to travel with her in this fascinating universe and I respond with the sound and aura of my own “invisible city”, much like the one invented by Italo Calvino. Through this city we sail with closed eyes and open hearts … we get lost, we allow ourselves to be led by unknown paths and unlikely intersections. A distant sound is heard, a whistling, a passionate sigh echoes in the starry night. Music, the great Mother of encounters, blesses us and guides us on this journey through time and space. To sail is a necessity! Grazie mille! [André Mehmari]

To “sing Naples” is to reveal a mystery of plots of the many lives of its heroines and heroes who, moved by a deep passion, left their mark over the many centuries. To sing Naples is to enter into the history of its people and peoples who’ve walked through its alleys that reach out to the sea. It is the composer Donizetti anonymously winking at the city’s mythical character Pulcinella who dances with the beautiful Sofia Loren in homage to Napoli’s Queen Margherita.

To sing Naples is to celebrate love and bow to its precious beauty. “See Naples and then die,” wrote the poet, suffering from melancholy as he left her. To sing Naples is to unveil her in the poetry of “A Livella” by Napoli’s crowned prince “Totó”, to discover her in the harmonies of Pino Daniele and in the voice of Massimo Ranieri and to tell of her through the thousands of characters in her eternal living cradle. It must be done with humility, consciousness and freedom and Andrè Mehmari did just that, placing his imagination and immense talent at the service of these timeless melodies ” [Mafalda Minnozzi] 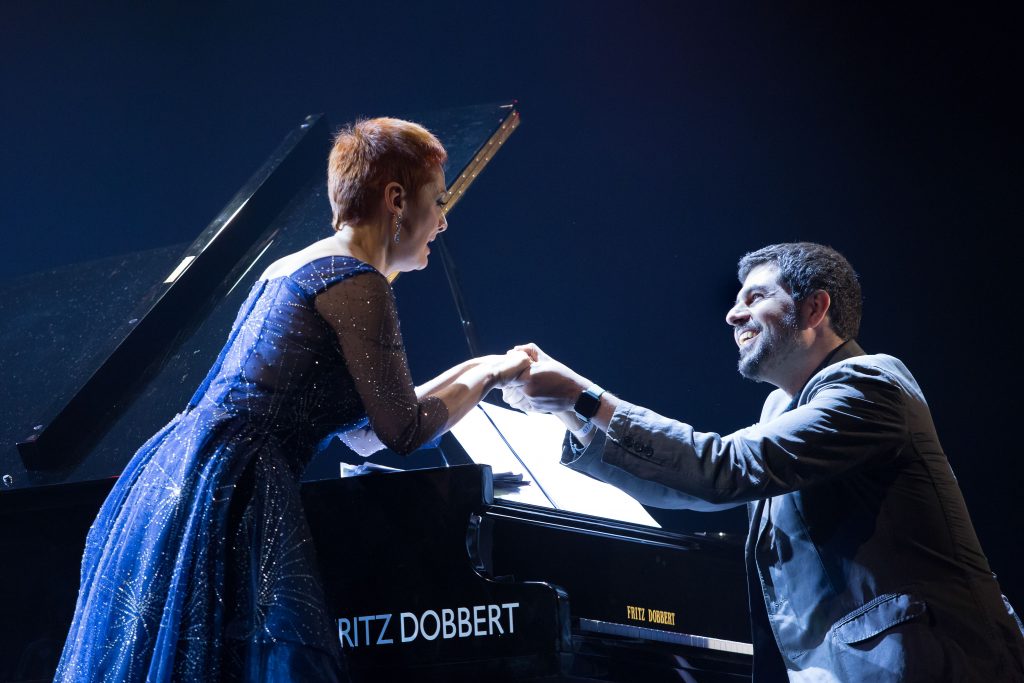