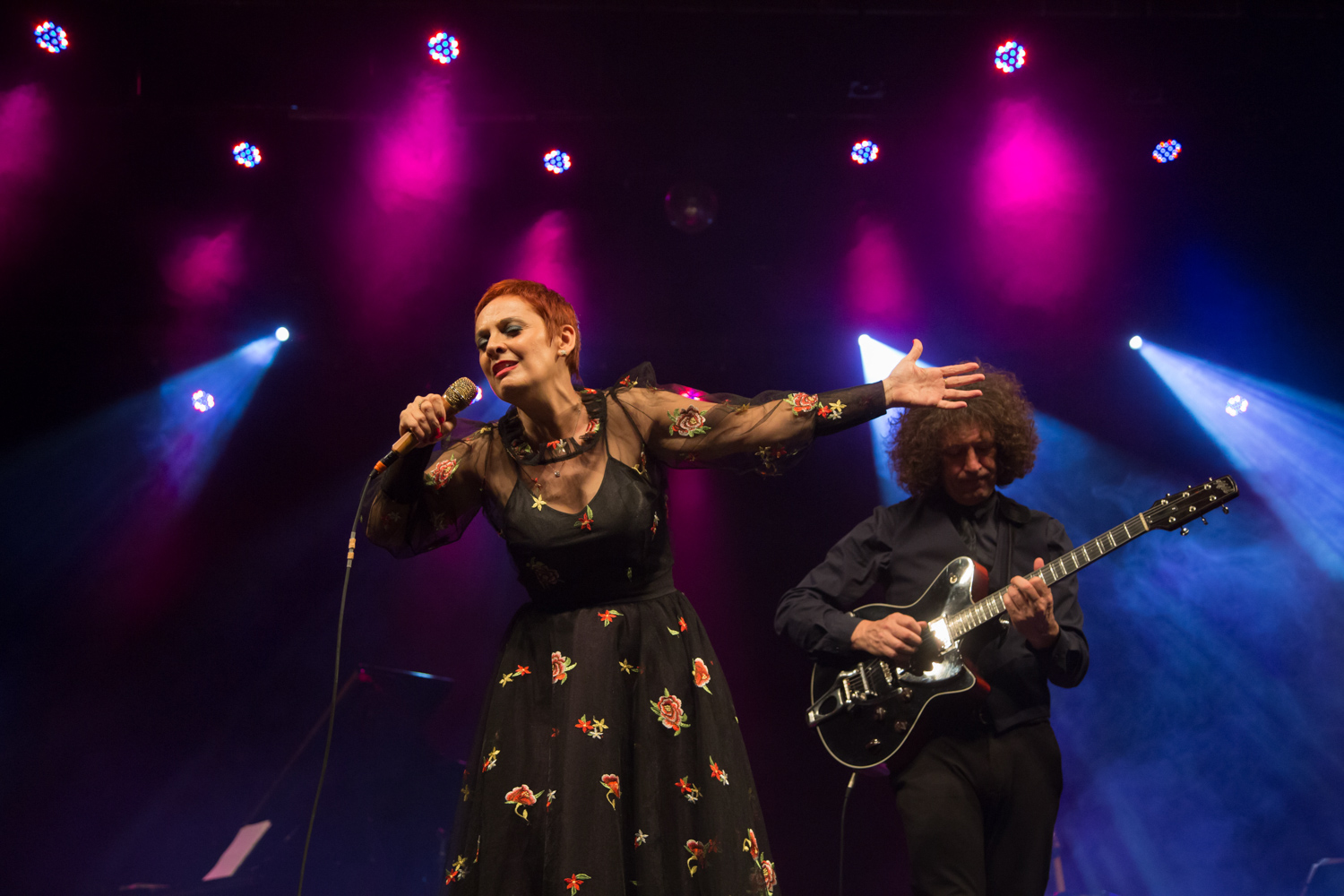 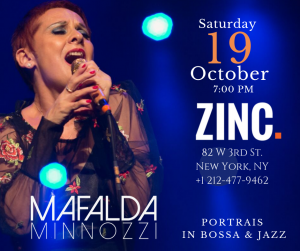 Join us at the ZINC for Mafalda Minnozzi!

Returning to ZINC, powerhouse singer Mafalda Minnozzi will preview her upcoming CD “SENSORIAL” in celebration of the new project and the upcoming November Italian tour with an exclusive NY debut of the concert “Portraits in Bossa & Jazz”.

On hand will be some of the all star band from the recording dedicated to a revisiting of the magical fusion of Bossa and jazz via some unique arrangements built around her spirited improvisations.

After performing at Jazz festivals in Italy, Brazil, Peru, Paraguay and Portugal, her trajectory from Rome to Rio has brought her to New York at the side of the New York arranger, guitarist Paul Ricci along with Art Hirahara – piano, Essiet Okon Essiet and Harvie S – bass, Victor Jones – drums, and Rogerio Boccato – percussion. Although the CD was not originally planned to be a tribute to Joao Gilberto, a large part of the repertoire and much of the musical language on the CD comes from Mafalda’s intimate coexistence with the Bossa and Ricci’s work with Dom Um Romao, Edison Machado and Astrud and Bebel Gilberto.

As much as Joao is always present in the language, Mafalda’s Jobim laden repertoire also visits the creativity of post Bossa generation composers Toninho Horta, Filo Machado and Chico Buarque with a more fiery style defined by her charismatic stage presence, vocal range and versatile timbral palette, blurring the line between singer and improviser and earning her a prestigious “Targa Tenco” nomination by the Italian press and a spot among the 10 best jazz vocalists readers poll in Italy’s JAZZIT magazine.

“Mafalda Minnozzi, is an extraordinary performer. She dominates the stage with her fascinating scenic presence and her powerful and flexible voice, rich in a thousand nuances” – Gerlando Gatto (journalist, music critic and author of “L’Altra Metà del Jazz”)

“Thanks to her experiences with jazz music in Brazil and Italy, both countries influence her way of singing … each interpretation is deep and sensitive. This is jazz for falling in love, the free flight of a bird in a great sky.” – Debbie Burke (blogger and jazz critic)

“… there were some revelations, for example the eMPathia duo composed of Paul Ricci and Mafalda Minnozzi… Fantastic!” – Humphrey Inzillo: Argentine Jazz critic and author at “LA NACION”.