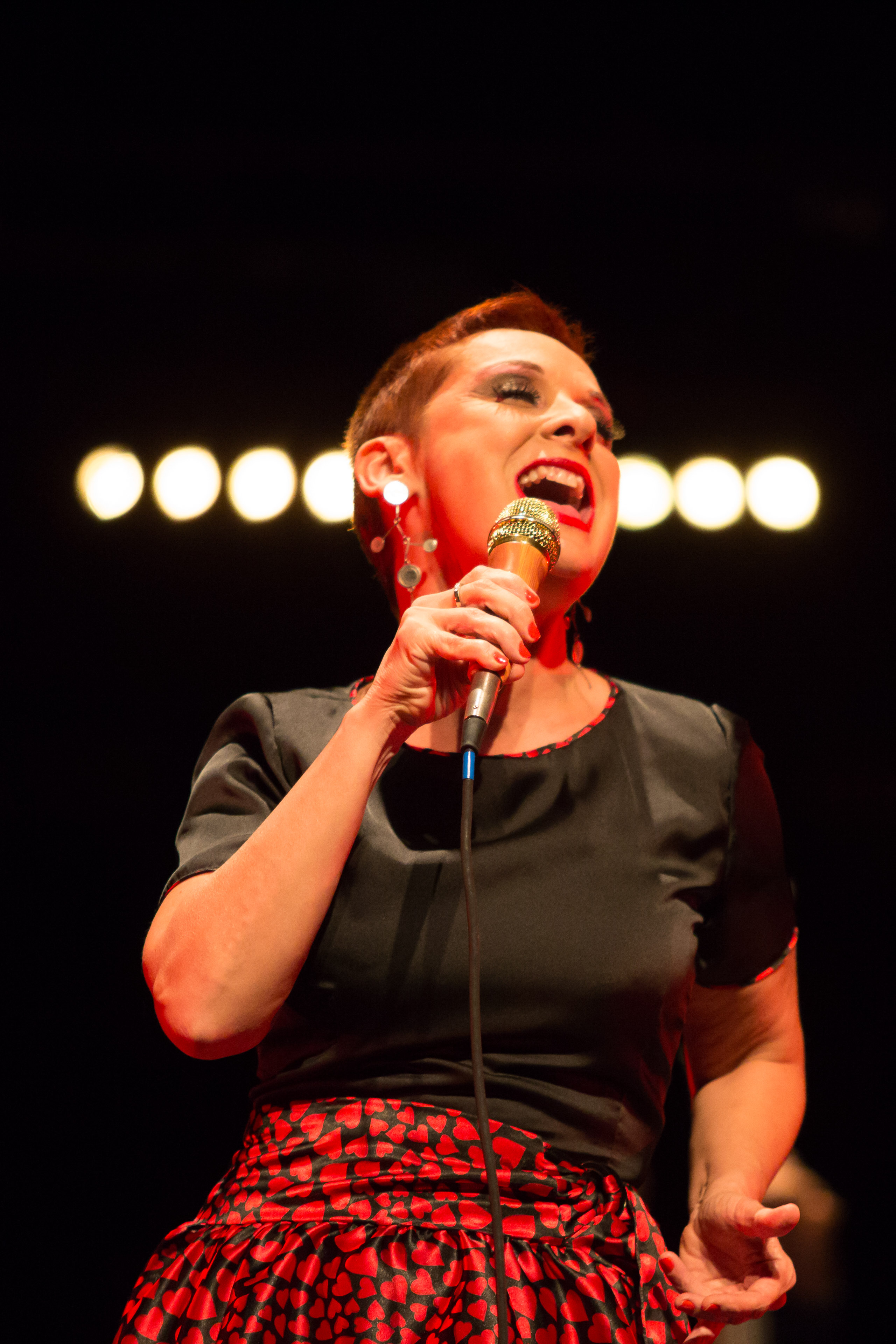 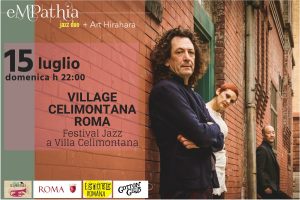 The Empathia Jazz Duo with Mafalda Minnozzi and Paul Ricci with special guest Art Hirahara at VILLAGE CELIMONTANA Sunday, July 15, 2018 at 9:30 PM.
The eMPathia Jazz Duo will invite special guest pianist Art Hirahara.
The duo’s singer, Italian born Mafalda Minnozzi has an impressive career predominantly in Brasil where for over 20 years she has made a name for herself via 12 CD’s, 2 DVD’s, numerous major network TV appearances and noted duets with the likes of Milton Nascimento, Leny Andrade, Martinho Da Vila, Toquinho, and Guinga to name a few. She is a remarkably charismatic and powerful stage performer with a vocal extension and versatile timbral palette that blurs the line between singer and improvisational soloist.
Completing the duo is Paul Ricci, a NY guitarist who also has worked primarily in Brazil for the past 20 years but comes from the NY scene as far back as the 80’s playing with Jaki Byard, Mike Clark, Harold Vick, Dennis Irwin, Larry Willis and countless other noted sidemen. Also experienced in Brazilian, Latin and African music he collaborated with Astrud Gilberto, Edison Machado, Dom Um Romao, Bebel Gilberto, Bobby Sanabria, Harry Belafonte and recorded with Steve Jordan, Randy Brecker, Anthony Jackson and Manolo Badrena among others. His experience and inventive use of all these rhythms on jazz, acoustic and baritone guitars result in an impressive and powerful orchestral concept on guitar.
The duo’s debut CD “eMPathia”(2015) was nominated for the prestigious “Targo Tenco” award in Italy. Grammy winning producer Jeff Jones recorded their second CD “Inside”(2016) and the most recent “Cool Romantics” (2018) capturing their enchanting way of interpreting classics from the Italian, Brazilian, American and French songbooks that has garnered them praise in theaters, clubs and festivals in Italy, Brazil, Germany, Portugal and now NY too!
Pianist Art Hirahara not only brings his experience and talent backing up singers like Stacey Kent and Freddy Cole to the stage, but also his artistic creativity that breaks free of the tradition as evidenced by his modern jazz solo CDs on the Posi-Tone label that feature NY’s top players. Ricci’s finely crafted arrangements, Mafalda’s fiery voice and Hirahara’s textural piano promise to have the audience sit up straight as they revisit the beauty of the melodies of Jobim, Morricone and Django with a dash of Cole Porter and other surprises.
“As its name suggests, eMPathia Jazz Duo basically shares one jazzy heart. Each song is thoughtful, considered, two strands of the same silk intertwined. This is jazz to fall in love by, the soaring of a songbird in the big blue note-filled sky.”
-Debbie Burke, jazz author