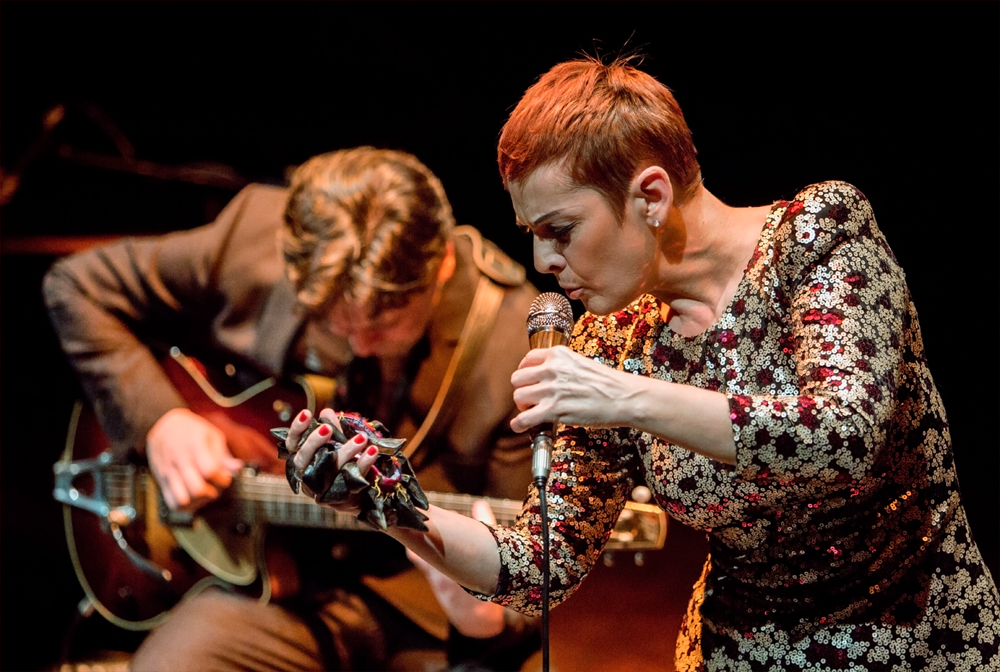 SHOW eMPathia AT THE "LATIN FESTIVAL"
TO SATISFY YOUR CURIOSITY

eMPathia Jazz Duo on stage with show “EMPATHIA”, this spectacular show will happen in Piazzetta “Le Tre Rose”   in the city of  ROSSANO (Italy) as part of the “LATIN FESTIVAL”.

eMPathia Jazz Duo, or the voice of Mafalda Minnozzi and the guitars of Paul Ricci. Mafalda Minnozzi is the voice, the freedom, the courage, the boldness, the instinct, the irreverence and the “M” of eMPathia. Paul Ricci is the guitar, the architecture, the pentagram, the method, the search for the perfect sound, the position and the “P” in eMPathia.

“eMPathia” was created, developed and produced in San Paulo,Brazil with the intention of traveling to and discovering various station stops around the world. This time Italy is its departing platform. It is a musical project that was born spontaneously of two international artists so different in origin and experience but with so much synergy on stage around the world. It is the fruit of two musical “artisans” who have selected the composers to interpret with the same care as the instruments to be played and have decided together which string diameter and pick thickness would best create the sound that characterized the spirit of each song.  Finely mixing swing, jazz, soul and bossa nova and tempered with experience, the Italian Mafalda Minnozzi and New York`s Paul Ricci have thus created an original sound rich in musical substance. Therefore it is a repertoire that should be appreciated close up to discover all of its gems and to experience the emotions the songs surround us with. The song selection delves deeply into the immortal past of Italy, Brazil, France and American with a rereading that is modern and alive but at the same time intimate with a profound impact.